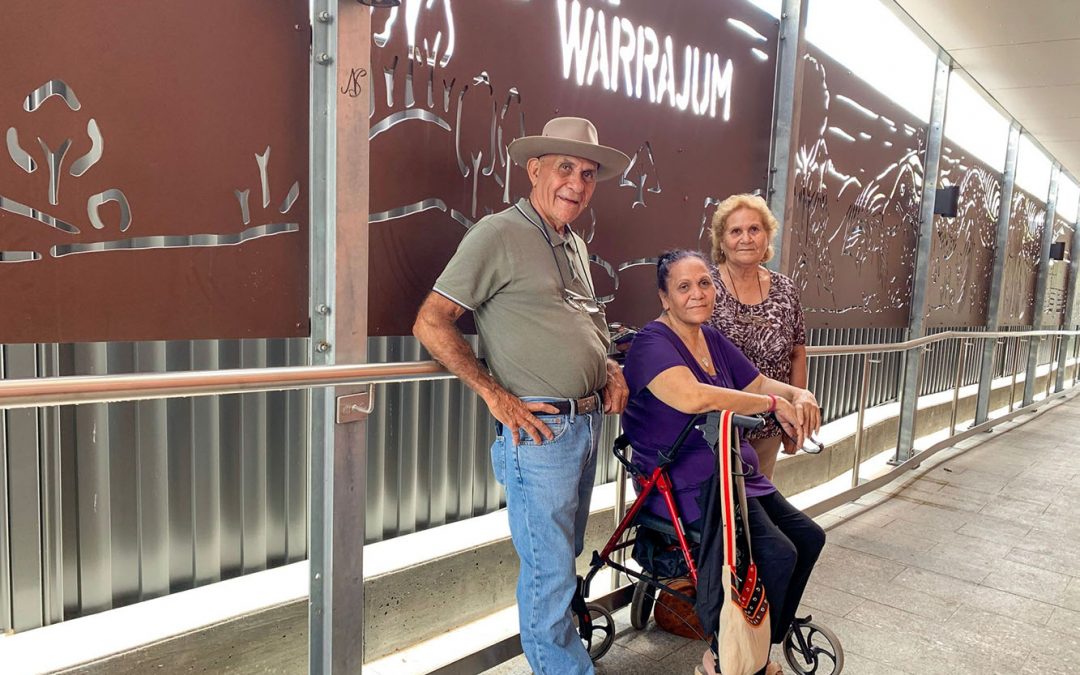 Boonah’s streetscape comes to life with new public artworks and storyboards as part of the Boonah Town Centre Revitalisation Project capturing the unique stories, history and character of the region.

“It was important to collaborate with the local community to find out the stories that were important to them that could be brought to life through the project,” he said. “Water and the natural environment are running themes for the community and these are reflected in the new public artworks.

“Two wayfinding sculptures, inspired by the iconic Blumbergville Clock have also been installed, creating a story trail throughout the High Street precinct.”

“Storyboards outside the Boonah Cultural Centre talk about the advertising curtain from 1937 which was unearthed in an old works shed in Boonah removed in the town centre upgrade, and the historic advertising curtain can also be viewed along the story trail,” he said. “Council is committed to creating places and spaces that promote the unique character of the Scenic Rim through the Vibrant and Active Towns and Villages initiative.

Public artworks and history storyboards installed as part of the revitalisation of Boonah Town Centre include: